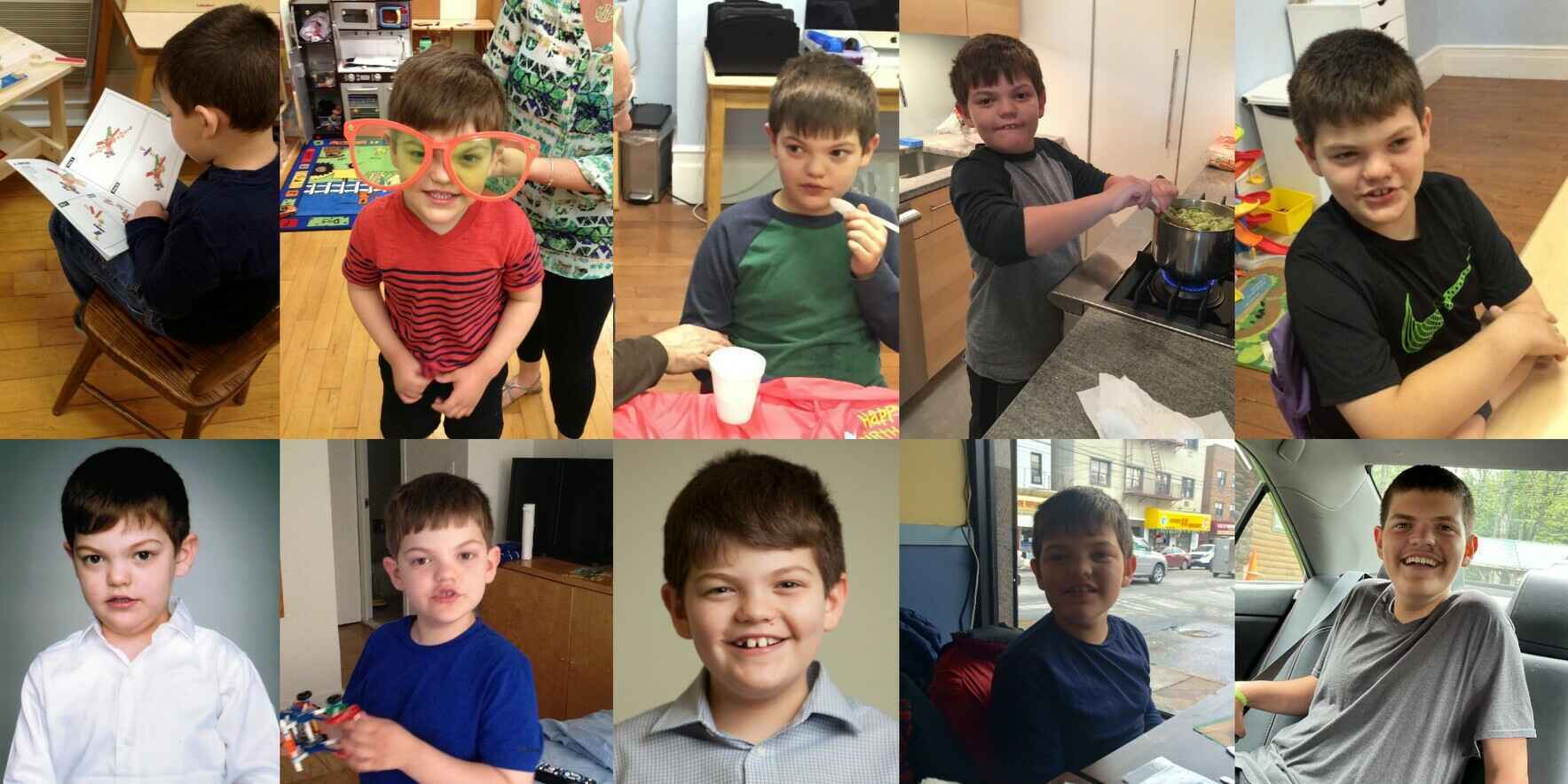 Since 2012, starting at the age of 4, Joshua has been educated at the New York Child Learning Institute.

Joshua was diagnosed with autism shortly before turning 3. He spent a year in pre-school at our synagogue and then followed that with a year in a school for children with various special needs before we were able to get NYCLI, a fantastic school in Queens for children with autism on his IEP. Since starting at NYCLI, Josh has developed academically and socially.

He has become an amazing kid who loves learning and playing the ukulele and participates in activities like the teen program at the Manhattan JCC.

In the spring of 2021, like so many other 13-year-olds across the country, Josh had a Bar Mitzvah on Zoom attended by dozens of his friends and family and then this past summer, he went to sleep-away camp, 2 feats I would have thought unthinkable just a year ago.

Over the years, I have helped organize several fundraisers for NYCLI. The largest to date was in 2017, when we were at risk of losing the building that the school rents. We raised $100,000. Ultimately, the building was purchased by the local Diocese and the school's lease was renewed and the $100,000 went to improvements in the school and assisting with the increased cost of the new lease. However, since 2017, the need for high quality education for children with autism has only increased and the school has tried to expand and add to the opportunities available to the learners while also working hard to retain the incredible teachers and therapists that work there.

Then, in 2020, the pandemic drastically hurt NYCLI's funding. Recognizing that remote education for children with autism would be particularly challenging, the director of the school made major changes in the layout of the classrooms and the utilization of various spaces in the building so that the children could come back sooner and safer. But the changes didn't come cheap and with so many unexpected expenses, funds had to be diverted. That's why I'm asking for your help. Please consider making a donation so that we can provide Joshua and all the young learners and their teachers at NYCLI with essential learning and teaching tools and ensure the school will continue to survive and thrive.

You can use the content below to communicate with your potential donors.

Help me help the learners with autism who attend NYCLI

I have a strong personal connection to the New York Child Learning Institute. It's the school ________ attends.

The pandemic drastically hurt their funding. With so many unexpected expenses, funds had to be diverted. That's why I'm asking for your help. Please consider making a donation so that we can provide these young learners and their teachers with essential learning and teaching tools.

Check out my fundraising page and please consider making a donation to help me reach my goal of [Your Fundraiser's Goal Will Automatically Go Here].

Giving online is easy and fast, and your support will make a real difference. I appreciate your help!

I just started a fundraiser for NYCLI!

You can use the content below to communicate with your potential donors.

Thanks for being generous!

Thank you so much for your generous donation to my fundraising campaign for NYCLI. You're support will make a real direct difference in the education of the learners with autism who attend NYCLI.

This is such a worthy cause and I'm proud that we're on the same team.

Thanks again for your donation!

You're amazing--making a difference. Thanks to all who donated to my fundraiser so far!